Jason has a beaming, infectious smile. He loves the musical Wicked, performing at Rocky Horror Picture Show screenings, and he was considering being his favorite Harry Potter character for Halloween.

Even though it was only his first week of classes at Portland Community College, he showed my colleague and me around the campus like it was a second home, sharing his favorite hang outs in Tabor Hall and the garden just off Division Street. His confidence wasn’t just a personality trait; Jason was comfortable at the college, in large part due to being a graduate of PDX Bridge, a dual enrollment program that is a partnership between Gateway to College National Network (GtCNN) and PCC.

PDX Bridge launched in 2016, and it has already had a marked impact on college-going rates amongst its students. Of the graduates from the initial cohort, 87% are enrolled at PCC or another college for fall term, an enrollment rate that is more than four times the national average college-going rate for foster youth.

“In PDX Bridge, there’s a lot of focus on showing students support and teaching them how they can help themselves be better at getting an education, which is a skill I think a lot of students go into college without,” Jason said. “They aren’t just there to give you a grade and have you move on; they’re definitely there to form a relationship with you and help you become a better student and a better person.”

Growing up in rural Indiana, Jason was homeschooled. When he began attending public high school, he realized he was behind and struggled to keep up. When he came out as transgender, his family wasn’t supportive, and he eventually dropped out of high school. He moved with extended family to Oregon and attended a few schools, but the barriers to graduation seemed to stack up.

“I’ve had a ton of struggles in my life and things that made it really hard, and there were so many times when I thought I would never make it and would give up,” Jason said. “But with help and some support, I’ve realized I can do anything I want to do.”

Learning to find and get help was key to getting his education back on track. His College Success Coach in the program, Allison Trowbridge, helped him access some of the resources he had available through PDX Bridge.

“Jason just has this strength and boldness. He’s going to accomplish everything he sets out to,” Allison said. “By the time he reached PDX Bridge, he knew exactly what he wanted, and he really knew the value of this program and has seized every opportunity that has come his way.”

Allison’s role is to be part advisor, part instructor, and part champion to help students reach their goals. In PDX Bridge, Jason found educational support, but also a community of caring adults and peers who all wanted him to succeed.

“The people with PDX Bridge are so supportive and so helpful and so open,” Jason said. “It definitely makes it less daunting going to school, because you know you have somebody you can actually trust who’s going to help you and wants you to succeed.”

Jason plans to finish his associate’s degree at PCC and then transfer to a university to study Environmental Science and Fashion. He can’t decide which he likes more, but he hopes to combine the two to improve conditions for workers in clothing manufacturing. Next year, he’ll travel to Africa through the study abroad program, Carpe Mundi, something he’s always wanted to do.

A Second Chance, A Career in the Airline Industry 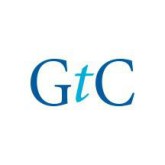 Keep up with GtCNN News